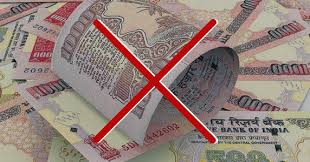 We are intentionally publishing this article after some days of the announcement of the scheme because it would be pretty early to comment on the very next day when the things were still not clear and it would be like ‘whistling in the dark’.

Legality of this demonetization scheme (withdrawal of legal tender for specified notes) – Whether legal or not?:

The answer to the question is definitely yes because such big move cannot be carried out in an unauthorized way. So the next question is which law empowers the C.G. / RBI for withdrawal of the legal tender. For that reference is made to Section 26 of the Reserve Bank of India Act, 1934 (Herein after referred to as the ‘said act’) which reads out as below:’

Section 26 of the Reserve Bank of India Act, 1934 which speaks about the Legal tender character of notes,

(1) Subject to the provisions of sub-section (2), every bank note shall be legal tender at any place in  [India] in payment or on account for the amount expressed therein, and shall be guaranteed by the  [Central Government].

Therefore, it can be said that Section 26(1) of the said act gives the legality of the bank notes but the legality is limited to sub section 2 which empowers the CG to declare any series of bank notes of any denomination as not having legal tender.

Of course the CG has power to withdraw it with immediate effect, there is also no ban on it nor the law put responsibility on CG to provide specific time period notice before its implementation.

The next question is whether the CG has power to specify few places where the ceased specified notes will be valid?

So, the CG is very well empowered for this demonetization scheme i.e. to say withdrawal of legal tender of the specified notes.

Objectives of the demonetization scheme:

The objectives of the scheme are as below as stated by the C.G.

So, it will achieve the objective of counterfeiting the fake currency. However, after a reasonable period of time when the new currency will be sufficiently available in the market, RBI needs to check and update the security measures from time to time else it will not take much time for the devils to print the fake currency using the technology or to mix with the legal tender.

With immediate withdrawal of specified notes, it has specifically achieved this objective and that can be analyzed from the present situation of Jammu & Kashmir where peace is there today as compared to immediate earlier days.

When the CG has mandated to deposit the specified notes in the bank/post account only, so the quantum of depositing the same is required to be verified from the books of accounts. And the cash which is not reflecting in the books of accounts (except the accumulated saving out of taxed income) will be treated as black money and therefore, it will be difficult to deposit the same into the bank.

And thereby it will stop the black money circulation into the market.

The Govt., spokespersons are informing this as one of the objective, however the rationale behind the same is not known. Even in the scope of scheme, RBI has specified only first three objectives and not the fourth one.

How much to deposit in the bank:

Dr. Hasmukh Adhia, Revenue Secretary, Ministry of Finance has informed that we will not take the data of the deposits made up to ` 2.50 Lacs from the Banks.

The rationale of keeping the limit of ` 2.50 Lacs is very simple that there is basic exemption limit under the Income Tax Act, 1961 up to income of ` 2.50 Lacs. So, ministry has considered this limit for counting the household savings also.

And it will be very difficult for the Income Tax Department to serve notices to all the persons who has deposited the specified notes during the specified period with the possible answer that this is the current year income or it is from accumulated savings. So, there was a need from the Govt. side that a particular limit is being fixed because they do not have enough staff to serve the notice and hear the case of the entire country.

There can be savings above this threshold limit but the same is required to be justified.

As per my view, the limit of ` 2.50 Lacs is kept for household savings only (be it man or woman). It is not like you can deposit your undisclosed cash up to ` 2.50 Lacs to your bank account and there will be no inquiry or no tax.

Therefore, one has to verify that it represents the household savings or income.

Can there be income tax notice for cash deposit of specified notes:

Central Board of Direct Taxes (CBDT) has amended Rule 114B of the Income Tax Rules, 1962 directing the banks to submit AIR (Annual Information Report) for deposit of cash by a person above the threshold limit specified in it during the specified period.

So, high cash deposits during the specified period will be on radar of the Govt. and there might be inquiry for the cases where the cash deposit is unusual compared to previous comparable period.

Also, the RBI has directed banks to give the status of dormant / inactive accounts from much time and certainly being activated during the specified period.

And I have also a doubt that the Income Tax officers may not ask for the justification of even ` 2.50 cash deposited in the specified notes at the time of assessment, if any except for those who do not have any income and it is only accumulated household savings.

How much specified notes can be deposited?

Form how much times cash can be deposited?

Mr. Arjun Ram Meghwal, Union Minister of State for Finance and Corporate Affairs, Govt. of India has specified on twitter that there is no restriction on number of times a person can deposit specified notes in the bank.

Even a person cannot collect his outstanding dues in the specified notes after midnight of specified date.

Therefore, one has to take care for that.

What if a person wants to deposit his unaccounted cash?

A person can deposit his unaccounted cash by paying legitimate tax along with interest on it and declare that income in his return of income.

However, after that Income Tax, Sales Tax, Service Tax, Central Excise etc authorities might be there behind him.

The best thing in that is that the bureaucrats etc. cannot declare a single peny over and above their income else along with above authorities, anti corruption team will be behind them.

This is the only reason why Income Disclosure Scheme (IDS) was advantageous as compared to disclosing right now.

Depositing specified notes in the accounts of other family members / children etc.

Therefore, only savings / earnings of children etc. can be deposited in bank account. A person cannot divert his unaccounted income into others’ bank account.

What will be best things to do during this period:

To my view, the best thing to be done is to maintain your routine way of business only. Don’t rush for unusual cash deposits or adjustment of cash balance of other persons.

For that just keep your books of accounts updated till 8th November, 2016 and ask your professional for the advice of how much cash can be deposited.

Just keep in mind that “The Benami Transactions (Prohibition) Amendment Bill, 2016” is already been passed and become effective from 1st Day of November, 2016. So before doing any adjustment, just take in mind that the Govt. is one step ahead from you.

Status of Public Interest Litigations (PIL) filed in the court of law:

Against the demonetization scheme, several PILs have been filed in various courts of law including the Hon’ble Supreme Court.

A PIL has been filed in the Madras High Court, Bombay High Court, Karnataka High Court etc, the status of which is as below:

- Hon’ble Madras High Court dismissed the PIL on the ground it cannot interfere in policies related to monetary system and stating that the action of the government is fit for the country's security and development.

- Hon’ble Bombay High Court has also dismissed the PIL stating that the PIL for the same matter is pending in the apex court.

- A PIL has also been filed in the Hon’ble Gujarat Court for extension of date of validity for exchanging the specified notes.

- The PIL filed in the Hon’ble Supreme Court has been admitted by it.

On behalf of CG, Attorney General of India has already filed a caveat in the Hon’ble Supreme Court that it should be heard before passing any order. Therefore, there cannot be immediate stay on the demonetization scheme.

As per my view, the apex court will not direct for abolition of demonetization scheme because such scheme is within the powers of the Govt. as mentioned above and the judiciary will not interfere into the powers vested with the Govt. regarding the monetary or the fiscal policy.

Of course, the judiciary will take a note from the Center that no much hardship is being faced by the common public.

Briefs of the Effects of the scheme in the economy:

In the short term, there will be decline in the growth of economy, the business will be slow down, people will have less money to spent due to exchange and withdrawal limit, there will be fall in the FMCG sector etc. Real estate, jewellary, liquor industry in major will have high fall in their business.

If the scheme turns to be a successful then there will be boom in the economy in the long run. Due to cash crunch in the market, real estate sector prices will come down. There will be huge surplus in the banks and therefore, the lending rates for home loans will come down and the demand for real estate sector will increase. There will also be decrease in the commercial loans so the business people can afford loans at lower rate and thereby they can grow.

A first step towards cashless economy !!

There has been a limit kept on cash withdrawal from the bank account. At present they might have kept the limit due to non availability of adequate new notes.

However, it seems that Govt. may continue to keep the threshold limit for cash withdrawal (of course, subject to periodically review) after demonization scheme also.

It seems that Govt. may keep the threshold limit and other measures will also be taken like restriction on cash transactions above a threshold limit as can be analyzed by the speech of Hon’ble PM after returning from Japan.

In case, the Govt. fails to keep the threshold limit for cash withdrawal then none of the objective as specified above will be achieved in the long run. It will have only short term durability. The above four objectives can be achieved fully in cash less economy only.

So, let’s move our economy towards a cashless economy …..

Disclaimer: This article should not be construed as any legal opinion.